Recalling the tradition of the Monumenta meant as the publication of sources, GATE Monumenta collect correspondence and works (manuscript and printed) of some jesuits or related to a specific subject. In addition, with the title Monumenta: constructing history (ISBN: 9788878393967; DOI: 10.5281/zenodo.2533200) it has been launched an editorial project in which scholars and GATE users will publish contributions about the documentation edited within the Monumenta. These contributions will include biografemi and articles about historical issues and events.

To be brief, then, let us say that history, in its traditional form, undertook to 'memorize' the monuments of the past, transform them into documents, and lend speech to those traces which, in themselves, are often not verbal, or which say in silence something other than what they actually say; in our time, history is that which transforms documents into monuments. In that area where, in the past, history deciphered the traces left by men, it now deploys a mass of elements that have to be grouped, made relevant, placed in relation to one another to form totalities. There was a time when archaeology, as a discipline devoted to silent monuments, inert traces, objects without context, and things left by the past, aspired to the condition of history, and attained meaning only through the restitution of a historical discourse; it might be said, to play on words a little, that in our time history aspires to the condition of archaeology, to the intrinsic description of the monument.

It has been about forty years since Jacques Le Goff (1924-2014) argued the substantial overlap between document and monument in an article published in the Einaudi Enciclopedia.[1] After reconstructing the history and evolution of both terms, the French historian concluded by saying that

The document is a monument. That is the outcome of the effort made by historical societies - whether purposefully or not - to impose the future that given image of themselves. As a final result, there is no document-truth. Each document is a lie. It is up to the historian not to be so naive. The medievalists, who worked so hard in order to build a critique - always useful, of course - of the falsehood must overcome this issue, since any document is at the same time true - including, and perhaps especially, the false ones - and false, because a monument is primarily a disguise, a deceptive appearance, a montage. First of all, it is necessary to dismantle and demolish that montage, deconstruct that construction, thus analyzing the conditions in which those documents-monuments have been produced.[2] 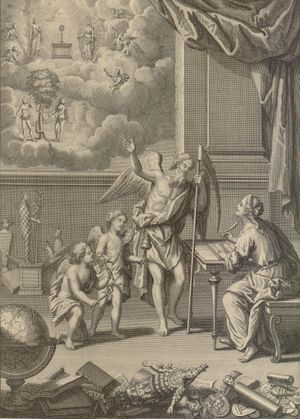 At the time of the publication of the first volume of the Monumenta Historica Societatis Iesu, published in Madrid in 1894, it was probably not yet possible to make such a remark, which is the result of a reflection generated by some historical conceptions that matured afterwards - for example the changing view of the document, inaugurated by the Annales school. In the wake of the positivist historiography, for the Jesuits commissioned to write the institutional history it was a foregone conclusion to entitle a collection of sources Monumenta, with implied but not always obvious reference to the first collection of that type, the Monumenta Germaniae Historica published since 1826. The doubt of the Jesuits involved in the initiative mainly focused on the use of the term historica instead of historiae: actually, the use of the second would have given the impression that the monuments published would have been useful merely for the history of the Society of Jesus. Instead, after the father general Luis Martín (1846-1906) advocated disseminating the Monumenta even beyond the order, historica seemed to be the more appropriate term, since “los documentos, si bien todos o la mayor parte serán de la Compañia, podrán servir también para otra suerte de historias, como la eclesiástica y la profana”.[3]

The Monumenta arose out of a conviction that the truth lies inside the sources; one of the consequences of this idea has been gathering the greatest quantity of documents so that the "truth" could be as complete as possible. Within that historiographical paradigm, the exponential growth of information would turn into an obstacle when it came to building a historical narration, thus concatenating effects with causes, trying to explain the succession of events in an unequivocal way. The Monumenta will eventually replace writing, which relentlessly got bogged down in a growing complexity, with documentary series, so that other hands could weave the storyline. To that effect, this vast publishing operation announced the slow and progressive phase-out of the writing of the institutional history, to look for other ways to build the Jesuit identity. The Monumenta should, therefore, provide support for the writing of history and, in the specific vision of the Jesuit fathers, for the writing of the history of the Society of Jesus. Paradoxically, the more the sources made available in Monumenta increased, the more their primary goal seemed to move away. Among the few efforts to write the history of the Society, occurred at the same time or shortly after the publication of the Monumenta, we can remember those of Pietro Tacchi Venturi (1861-1956)[4] and Mario Scaduto,[5] which, through their volumes released over several decades, were able to cover only the first thirty years of existence of the order, until 1572, solely focusing on the Italian affairs. Although very different in style and method, Tacchi Venturi and Scaduto made limited use of the huge mass of documentation made available by the Monumenta and particularly the work of the second was generally rather qualified by obtaining several other unpublished documents stored in the archives of the Society. The publication of one of the largest collections of documents published during the 20th century, undertaken to support the writing of the general history of the Order and hence also with the aim of building, in some way, its identity, had the opposite effect: no one dared to embark on such a venture - perhaps impossible, given the amount of documents that were progressively piling up - and there will be, increasingly, a partial and fragmented use of the Monumenta. The writing of the general history of the Society was consequently suffering yet another shipwreck, after the various attempts that followed one another over the centuries, starting from the most ancient one by Nicola Orlandini (1554-1606), until the latest effort by Giulio Cesare Cordara (1704-1785).


The enterprise of the Monumenta began, therefore, to reveal its own limitations to some of the Jesuits involved in its organization. On the occasion of the fiftieth anniversary of the release of the first volume, Dionisio Fernández Zapico (1877-1948) and Pedro de Leturia (1891-1955) observed the critical issues of the original project.[6] The hope of Martín was that the monumentalisti would simply be “editores, no comentadores de los documentos”[7] According to the conception of father general, document reproduction, characterized by “rigurosa exactitud y minuciosa corrección”[8] was a guarantee of truth and could illuminate the history of the Society. This operation was judged as a “pitiless light” pointed at the history of the order by the Jesuit magazine America.[9] Zapico and Leturia highlighted the technical difficulties too, which implied the critical edition of the documents, where it was usually not possible to maintain the impartiality envisaged by Martín. Furthermore, they admitted the lack of knowledge of the Monumenta outside the Society, given the absence of a systematic index explaining the contents in detail and guiding the reader. Eventually, the two Jesuits had to recognize that the intent to duplicate what was present in the archives, although it was a result of the desire to make the history of the order universally known, not necessarily meant bringing light into the darkness that intrinsically characterizes archival documentation. The idea of equivalence between truth and document became a more complex issue. The continuous increase of information, as already perceived by the editors of the Historia Societatis of the old Society, was even more evident in the context of the restored Society and enhanced the difficulties in achieving the necessary selection, which any historiographical operation implies.


Nowadays, proposing the term Monumenta anew to identify the publication of a new series of documents might appear anachronistic. Actually, the global context of the historiographical system of these Monumenta is different. The selection of the sources included in GATE is designed for a description of the early modern age. Such sources will reveal the guiding distinctions from which that society used to look at itself. Thus, it will be possible to historicize its semantics, namely the deposit of meanings ready to be used and updated within communication. That observation will allow the evolution of its structure to be described. The use of a technological milieu, such as that adopted in GATE, leads to a different conception of the document compared to the ‘old’ Monumenta; the possibility for the reader to consult the digital reproduction of documents - in addition to their transcription – de facto tends to raise the issue of the critical edition in a different light. The methods of ecdotics, which presupposes the absence of the document, will need to be rethought. Like every tekné, GATE proposal must deal with a pharmakón, which requires constant attention to eliminate as much as possible its “toxic” issues and thus consolidate the “medicinal” ones. Also distinctive is the conception of creating knowledge underpinning GATE, which stems from the belief that the fields of knowledge have an interlinked development and assume a collaborative and discussion environment where they can generate, whereas such a possibility was not available, for example, in the workshops of the first monumentalisti.


Getting into the tradition of the Monumenta does not necessarily mean sharing the same vision of history and of the document proposed by them. Entering a tradition always implies a critical factor leading to its evolution. The primary objective of GATE is to conduct a critical analysis of the documents/monuments, as intended by Le Goff, and, therefore, of the social system that produced them.[10]

The Historical Archives of the Pontifical Gregorian University (henceforth APUG) preserve a huge corpus of documents related to Roberto Bellarmino, starting from several of his autographs, passing through many papers about his canonization cause (lasted for three centuries) and arriving to the draft papers of the editions of his works prepared at the end of 19th century.
Recalling the tradition of Monumenta, within Monumenta Bellarmini we want to collect and publish all this documenation. We will start transcribing, commenting and annotating all the letters contained within the Epistolae Bellarmini Cardinalis collection; a selection of Bellarmino's works, both printed and manuscript, will be also transcribed. In addition, we have set up the Bibliographia Bellarminiana, a useful tool for Bellarmino scholars that today records 752 bibliographic entries.

The APUG preserve 14 volumes of letters sent by and to Athanasius Kircher and other five manuscripts, mostly unpublished. Years ago, Stanford University digitized all the letters and made them available through the LunaImaging software, enriching them with detailed metadata[11]. Today, metadata of the letters are also available at Early Modern Letters Online (EMLO)[12].
Within Monumenta Kircheri we want to continue and complete this work. Each letter will be transcribed, commented and annotated with the help of GATE contributors; a selection of Kircher's published works will be also transcribed. In addition, we have set up the Bibliographia Kircheriana, a useful tool for Kircher scholars that today records 672 bibliographic entries.

The Monumenta Concilii Tridentini project is promoted by the Historical Archives of the Pontifical Gregorian University and started in 2018 for the purpose of describing and understanding the enhancement of the Council of Trent fonds since its establishment (late 16th century) to the present day.
Today the fonds consists of 135 manuscripts (8 linear meters of shelving, approximately 33,000 sheets) in book form. A list of the documents collected by Fr. Terenzio Alciati and subsequently used by Fr. Sforza Pallavicino to write his Istoria del Concilio di Trento (Roma, nella Stamperia d'Angelo Bernabò dal Verme Erede del Manelfi, 1656-1657) is available on MANUS online.